First impressions are crucial in this rap game, from
features to performances all the way to the blocks; your persona
is who/what gets them heads turnin. K.A.B has no problem doin all that
an some, His high energy flows bring life back into the culture remindin
people to step they shit up. This cat has an immediate pull on tracks
when you see the name on a feat you know 1 of 2 things, Go hard or get the fuck out the way.

Vokab 1 was crazy stupid, shit had you in a chokeslam from the get go
I don't think there's one track on there that didn't have me geeked.
The tracks that stood out to me were "Hold up" & "Dope" I had the opportunity seein
"Dope" live, an it fits the name it features Show & Bartee who I haven't had
the chance to listen to but I have no complaints. Also, features Richelle Gemini
another Houston native that I will save my comments for her own lil spot on my blog.
"Sweet Gemmi Jones" 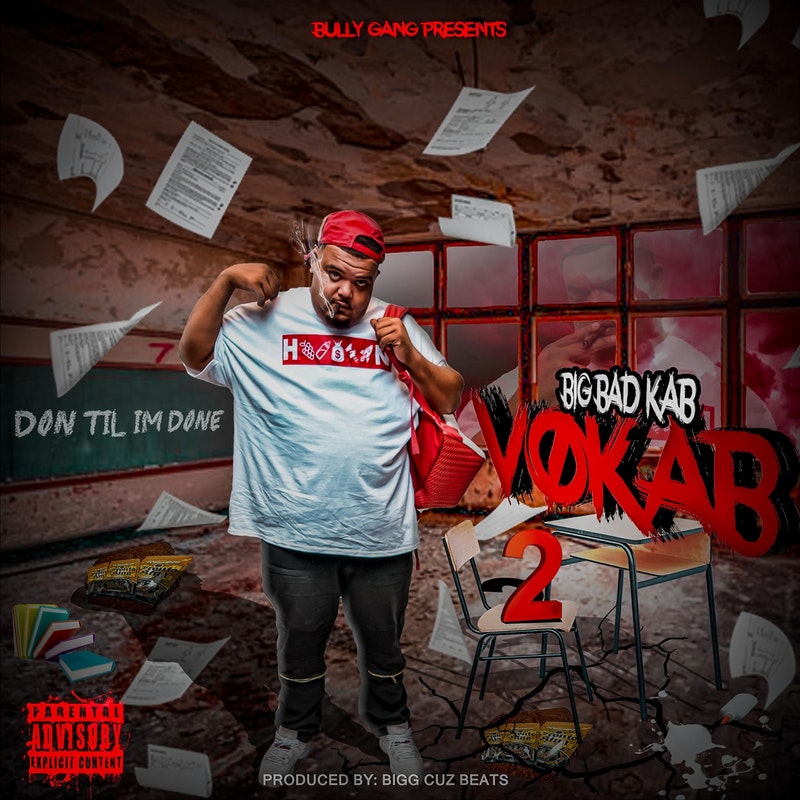 Vokab 2 is the most recent release done, filled with Trap metaphors & hard punches
Vokab is here to stay & so is Bully gang. The tracks became more gutter on this one
personifying "NAWFGHANISTAN" into an actual Character, riddled with features from the
Houston Favorites- Lace, J-DAWG, Fastlane an more its no doubt that the city has embarked
on a whole new wave an at the Post is K.A.B. I wouldn't be surprised to see him raise the bar
an lead the way for a whole new sound.