Two groups of Central American migrants marched to the U.S. Consulate in Tijuana on Tuesday with a list of demands, with one group delivering an ultimatum to the Trump administration: either let them in the U.S. or pay them $50,000 each to go home, a report said.

These are the kind of people this country needs, LET THEM IN!
Top

K-Rino say Fox News is the Devils network.. I think
Muslim freedom for all.
Top

K-Rino say Fox News is the Devils network.. I think

You even have selective hearing when hearing your favorite rapper's songs
he says both the conservative and liberal networks are shit
you biased bastard
www.mextopten.com
Top

are you even trying anymore?


do you really believe k rino gives a shit about the liberal media? he believes in alex jones tier conspiracies and shti. he's affliated with the nation of islam and those fuckers hate white poeple. they also hate fags and jews
https://www.splcenter.org/fighting-hate ... tion-islam
"Since its founding in 1930, the Nation of Islam (NOI) has grown into one of the wealthiest and best-known organizations in black America. Its theology of innate black superiority over whites and the deeply racist, antisemitic and anti-LGBT rhetoric of its leaders have earned the NOI a prominent position in the ranks of organized hate."
boy c you do know k rino fucking hates you right? i mean he may smile in your face and sign all your creepy cds and posters. but behind your back he calls you a "white devil" and probably laughs at you for being a dumbass for giving him money

come on now, aren't you K-Rino's biggest fan, you don't even know his shit
Even Rekshot's knows it and he denied Rino a Coney from Sonic
www.mextopten.com
Top

Not sending their best lol.
Top

Is there a Bible quote for this? @rek

"Take care of the less fortunate"
Muslim freedom for all.
Top

"no human is illegal. Help others"

-Bible
Muslim freedom for all.
Top

Not sending their best lol.

"Take care of the less fortunate"

you are a walking joke 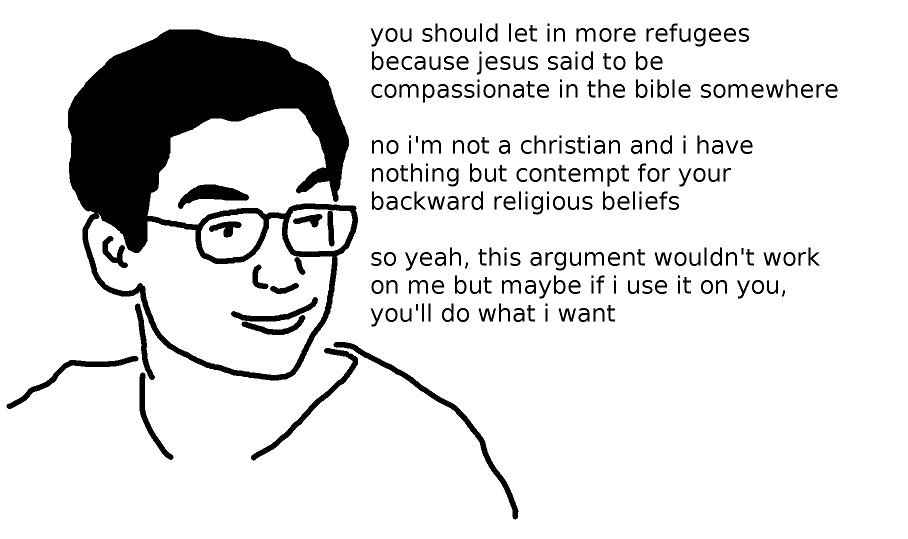