So what can I say that he hasn't said himself?

MrMomoh Yde, an don't forget the Mr
is one of the most UNDER RATED UNDERGROUND
Houston Artist's I've ever heard an I spend a majoirty of my
time now listening to shit sent in my dm's or organically,
he has this remnant aura of Screwston; like the Legit Screwston.
Big Hawk, Moyo an Screw vibes late night
freestyle flow but has adapted the new wave
in a subtle way that when you hear his shit
you get lost in the sauce.

He reps the SWAT like it was his last name
an you can't be mad with a vocal persona like his
I would too, his Album / tape The PROLONG, was automatically
a favorite for me, it remind me of like a New Everyday street gangsta
I wouldn't compare him to anyone because his flow is so versatile
an so undiscovered you'd have to haer it for yourself to place a label 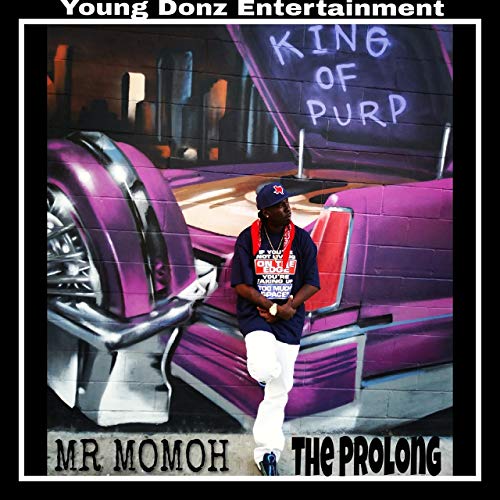 "Screw made me do it" was one of the tracks that fascinated me by far
everybody is on that trap shit an I can fuck wit it but somethin
bout that Houston shit that burns in the back of my mind remindin me
of them nights. He transfered his energy into sound and manifested something
so profound. As a platform for Houston hiphop I wish I could do more to get his
music the exposure it deserves but for now, we runnin them streams up for him
an in due time everything will fall into place.

"FWM" was also another track I enjoyed for a fact, it's eerie vibes bring a truth
of what people from Houston stand for, slabbed out or sped up the message remains
an can be understood. Late nights, Long days, Hustle hard.

Mr.MoMoh, and don't forget the Mr.

check out his latest video below